Discover the adventure of Arthur, a great Yuba enthusiast who travelled the roads of Corsica with the iconic yellow Kombi. A week full of beautiful landscapes, swimming, a lot of kilometers, some Corsican beers and breathtaking sunsets!

Arthur, who likes to go by Art, is a longtime friend of Yuba founder, Benjamin Sarrazin. 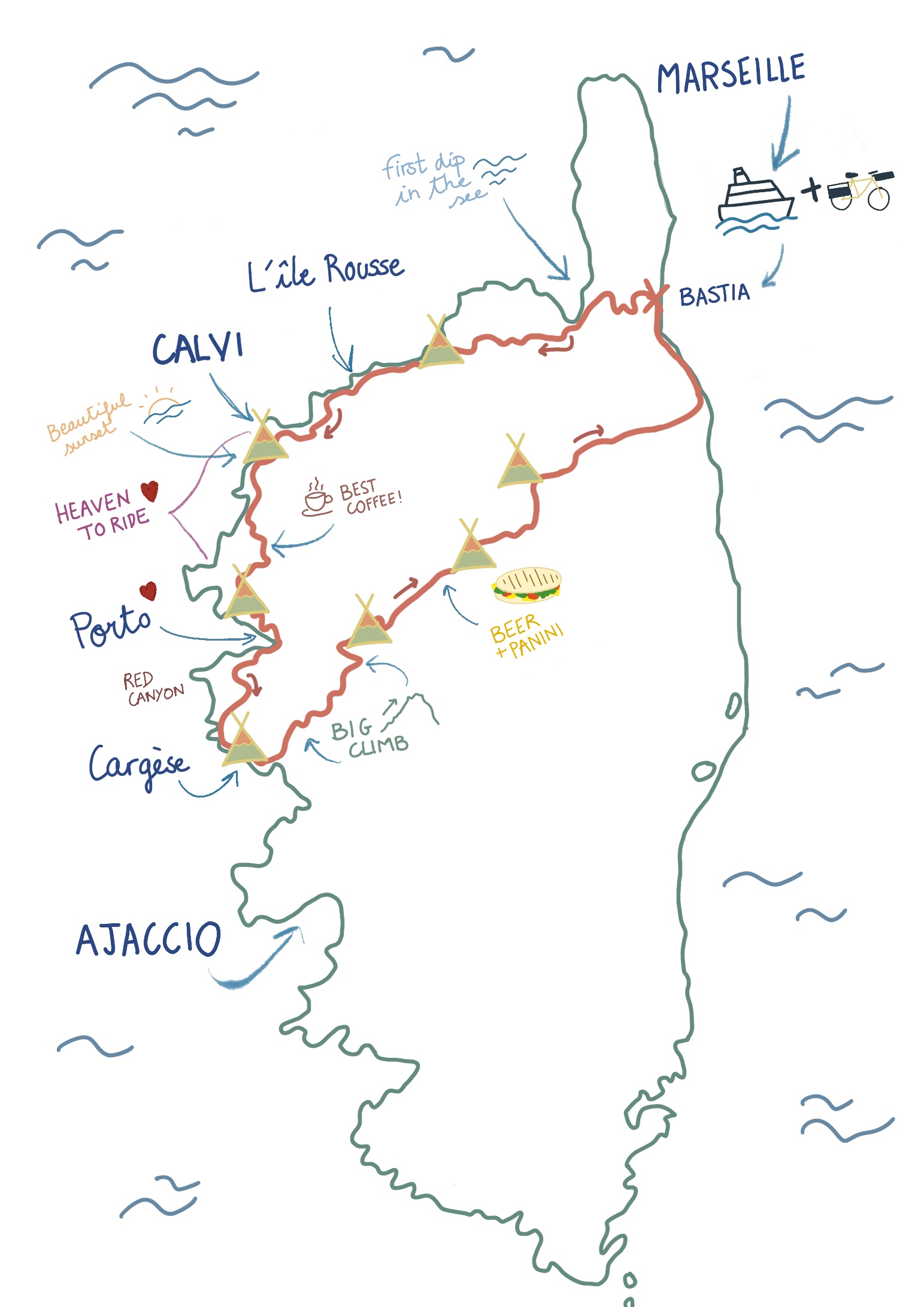 A kayak guide in California and now Mexico, Art is above all an avid adventurer who loves to explore all corners of the world.

When Benjamin introduced the Kombi to Art, the first thing he fell for was its practicality. It can easily be taken along for a train ride, or even on a boat. He saw an opportunity for a new adventure – towards an Island of wonders!

This is how our American friend found himself criss-crossing all around Corsica on his trusty steed, the yellow Kombi (without any other source of energy than his legs!).

After a magical sunrise view from the boat, Art arrived in Bastia with his yellow Kombi.

First on the agenda – heading west to the coast. Right off the bat, Art found himself faced with a climb of 500m to get to Saint Florent. After 60km the first day, more than 1000m in elevation, and a nice fresh beer, Art settled down for the night at the Ostriconi beach.

The first night down, Art hit the road again with his Kombi following the coast. He passed by l’Île Rousse, Calvi, and finally arrived at Notre Dame de la Sierra where he could admire a magnificent sunset.

The whole time Art was pedaling, never once did he look at how far he was going or how long it took him to get there. The point was to take his time and enjoy the ride 🙂

His journey continued to Porto, Piana, and Cargese. He called this part of his trip “Paradise Road,” marveling at the extraordinary scenery along the water.

He woke up early to beat the heat and the traffic, and after a long day on his Kombi, he napped in the afternoon on a beach somewhere (even if he didn’t really know where!). He ran into an Italian cyclist who convinced him to modify his trip to take a different way back on what he called “the most beautiful road to ride on in the world.” So instead of continuing his way down the coast to Ajaccio and taking the ferry back to France from there, he would cut through the middle of Corsica to arrive back at Bastia. Along the way, he was promised, he would discover new scenery and landscapes that were well worth the change. 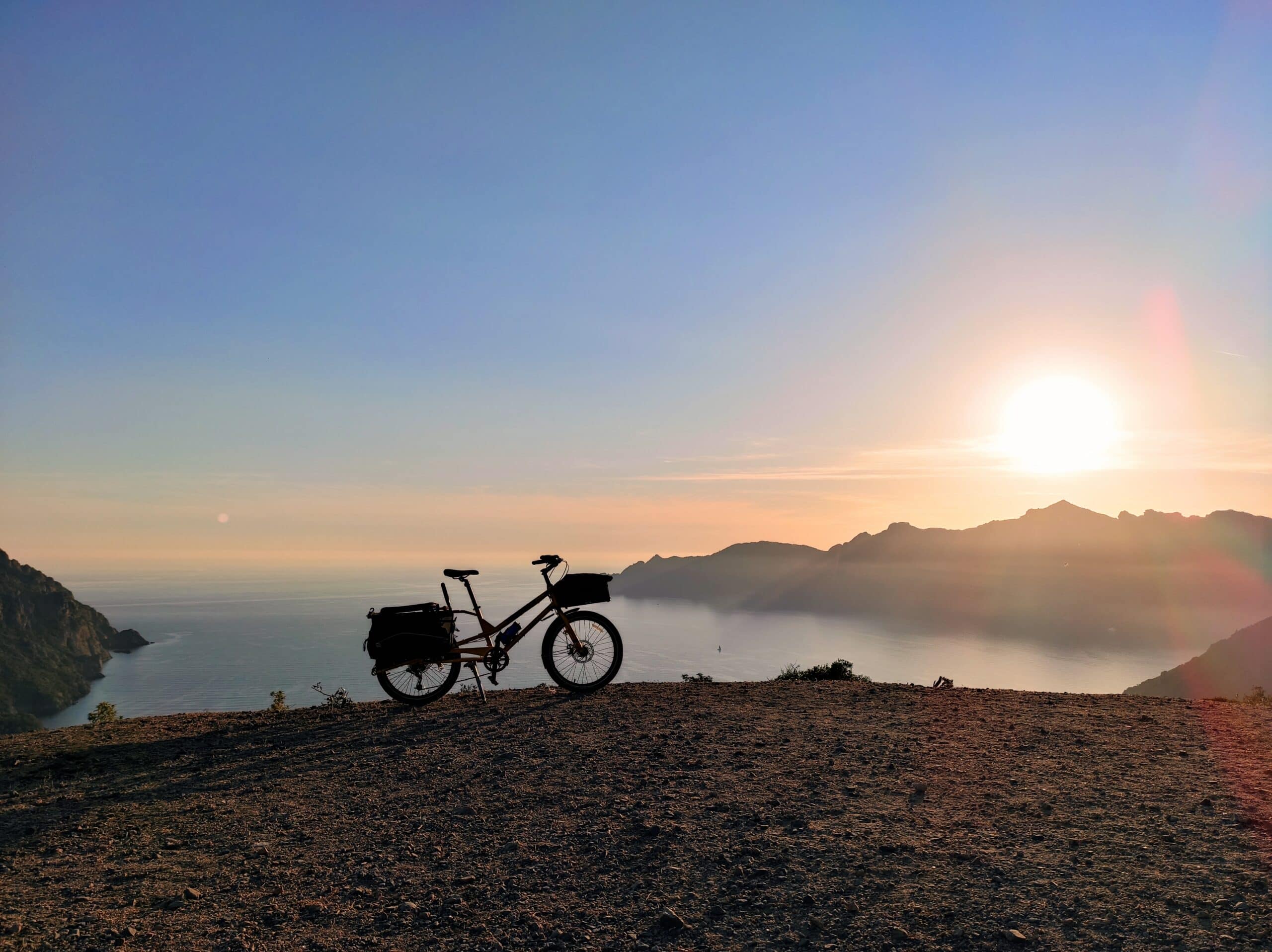 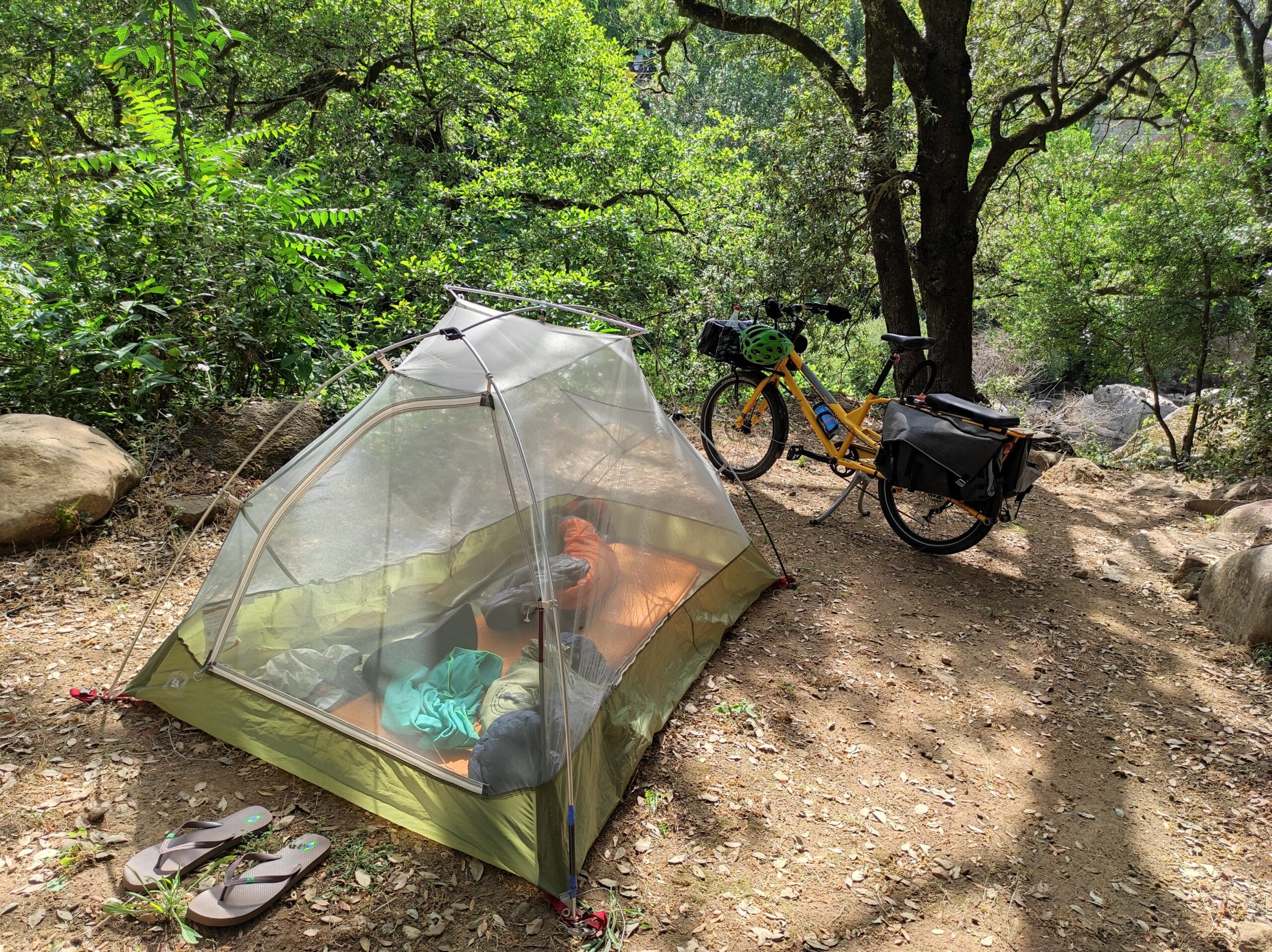 The trip across Corsica was intense from the start. 1600m elevation ! He climbed all the way up on his yellow Kombi to the col de Vergio. After 6 days of pedaling, it was quite the feat!

The last bit of the journey from there on was not as exciting as the start, but definitely flatter as easier on the legs.

Finally, after 9 days of pendaling in all, and more than 3900m in elevation, Art said goodbye to the beautiful island and took the ferry back to France, already eager for the next adventure!

The detail by days of the kilometers and the elevation gain: 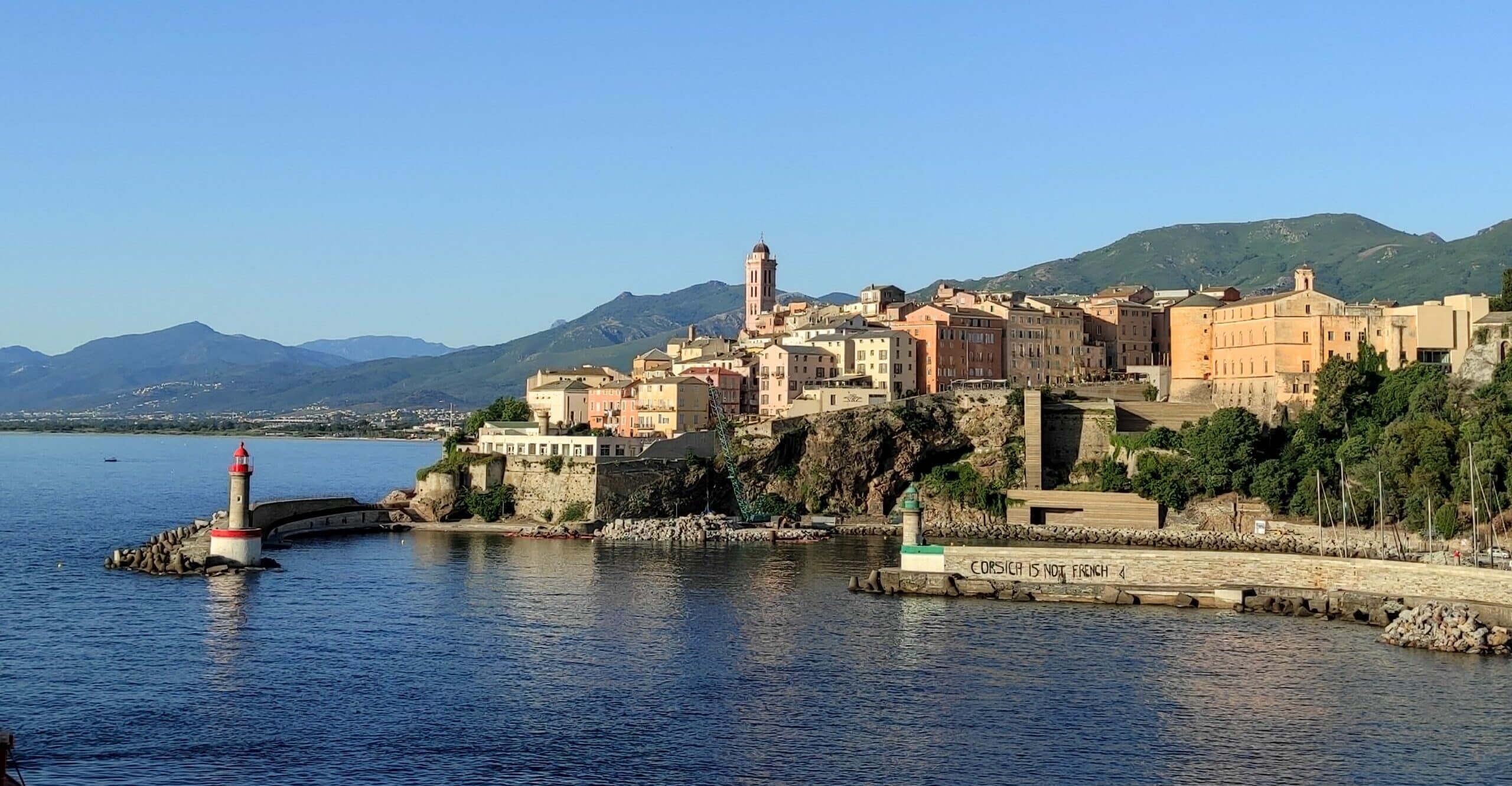 Newer Discover France on a Yuba with unique experiences
Back to list
Older How to transport a cargo bike?

This website uses cookies to improve your experience while you navigate through the website. Out of these cookies, the cookies that are categorized as necessary are stored on your browser as they are essential for the working of basic functionalities of the website. We also use third-party cookies that help us analyze and understand how you use this website. These cookies will be stored in your browser only with your consent. You also have the option to opt-out of these cookies. But opting out of some of these cookies may have an effect on your browsing experience.
Necessary Always Enabled
Necessary cookies are absolutely essential for the website to function properly. This category only includes cookies that ensures basic functionalities and security features of the website. These cookies do not store any personal information.
Non-necessary
Any cookies that may not be particularly necessary for the website to function and is used specifically to collect user personal data via analytics, ads, other embedded contents are termed as non-necessary cookies. It is mandatory to procure user consent prior to running these cookies on your website.
SAVE & ACCEPT